Who Has Written for the Most Doctors Who?

A thread on Reddit inspired me to try to figure out who has written for the most actors to have played the Doctor. This is quite a tricky question, of course, because you have to define your parameters. I decided pretty quickly to discount prose fiction because otherwise it all just gets out of hand too quickly: some Short Trips writers have written short stories featuring all eight pre-2005 Doctors, and then all they need is a couple new series novels, and BAM, twelve or thirteen Doctors. But I did decide to count audio, because hey, Colin Baker did read those lines aloud. So the rule is that the Doctor has to be played by an actor who played the Doctor on television, but the actor doesn't have to be playing the Doctor on television.

Here's who I think the top contenders are: (I'm not going to list anyone who got 5/13 just through audio because it's too easy to write for all five of the regular Big Finish Doctors. Sorry Paul Magrs and John Dorney and I'm sure many others.) 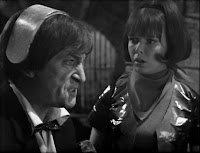 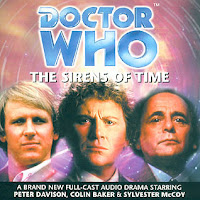 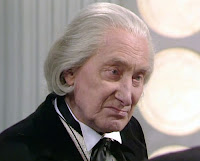 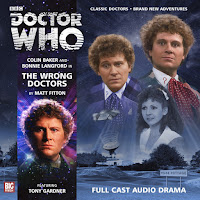 As the Reddit thread concluded, not only is Moffatt winning, but he's winning by such a degree and in such a way it's hard to imagine how anyone else will catch him up-- at least, until Christopher Eccleston, Matt Smith, and Peter Capaldi also agree to do audio adventures in their dotage, allowing Matt Fitton to wrack up three more points.
Posted by Steve at 8:30 AM