Star Trek: The Prisoner of Vega
written by Sharon Lerner and Christopher Cerf
illustrated by Robert Swanson
That I count this as an entry on my reading list is faintly ridiculous, given that it's a 43-page picture book aimed a five-year-olds, but I guess it counterbalances the 800-page Victorian baggy monsters. By any objective measure, it's not a very good book: Kirk and the Enterprise visit an alien planet to secure trade with the Federation, the Klingons are there, Kirk wins by beaming the Klingon commander up with a plan that depends on an incredible amount of coincidence and isn't really explained all that well.

What makes the book fun are the pictures by Robert Swanson, which are excellent, but weirdly inaccurate. Like, he gets the likenesses down perfectly, but no one has an assignment patch on their uniform: 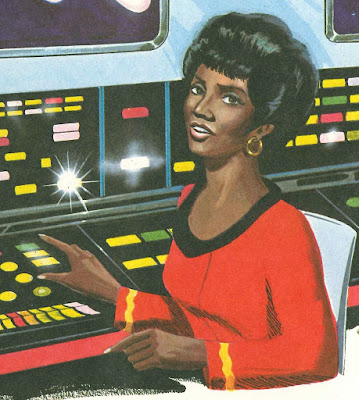 And Captain Kirk has a digital wristwatch: 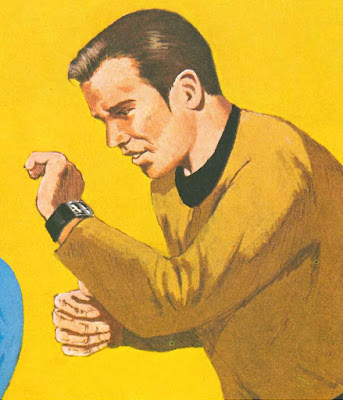 Plus there's his Klingon uniforms, which defy all explanation: 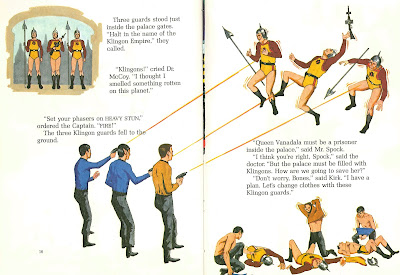 This means you get some pretty awesome pictures of Captain Kirk showing off his legs: 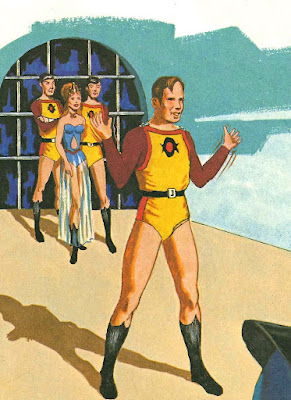 The plot means that Kirk actually spends most of the story in this goofy disguise, rather than his usual uniform, which seems a pretty big oversight for a picture book.

Swanson's clearly been given some reference material, but no one has told him what it actually means. His Klingon ship on the surface of Vega looks like the Federation installation Deep Space Station K-7: 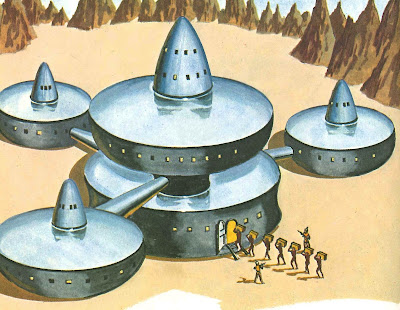 Did someone hand him pictures from "The Trouble with Tribbles" but not tell him no Klingon ship actually appears in the episode?

Still, it looks pretty good even if the subject matter is goofy: 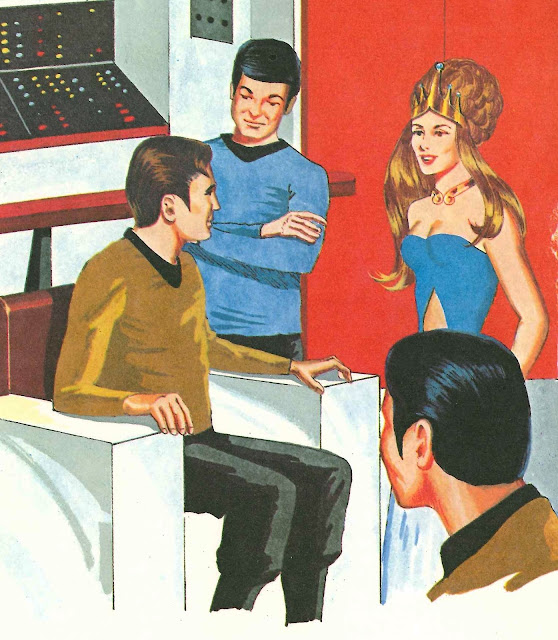 I can't wait until I have a kid, and this book is their introduction to Star Trek. It'll warp their perceptions for life.