"But I like being sarcastic.": Liv Chenka, Companion from a Real World 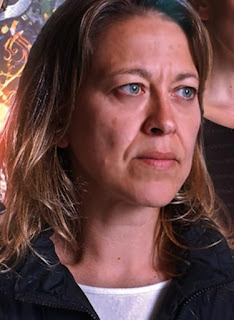 I just got home from a car trip from Tampa to Cincinnati to Cleveland and back, and my wife and I spent much of the time listening to Big Finish's Doctor Who miniseries Doom Coalition. (Not as much as we should have, mind. Thirty-six hours in the car isn't enough to get through a sixteen-hour story if your wife keeps falling asleep.)

Anyway, this means I have spent thirteen hours in the company of and thinking about Liv Chenka. Liv is one of my favorite audio companions-- she's no Charley Pollard, but she's up there-- and I think she exemplifies a certain type of companion I like.

I reckon there are fundamentally two types of Doctor Who companions (you will shortly think of an exception to this, but let's go with it for now). The first is the companion whose life is empty and pointless until the Doctor comes along. The major archetype for this on screen is Rose; it's what "Rose" is all about. If she didn't meet the Doctor, literally nothing would ever happen to her. Other examples of this type include Donna, Bill, Jo Grant, Tegan, Ben and Polly, Izzy, and Helen. These companions need the Doctor, not just to give themselves something to do, but to define who they are as people. What kind of person would Rose even be without the Doctor? Not one who takes a stand. Would Jo have become a social crusader without his influence? Doubtful. They can live full lives after meeting the Doctor, but not before.

The other type is the companion who exists as a fully fledged person without him, having adventures on their own. For me, the archetype of this is Bernice Summerfield, from the novels and audios. I'm currently listening to the audiobook of Human Nature, and one thing that strikes me is how fully-formed Benny is. She had a life and purpose and voice before she met the Doctor; the Doctor just helps her access these things better. Other example of this include Sara Kingdom, Sarah Jane, Harry Sullivan, Romana, Klein, Captain Aristedes, and of course the original companions, Ian and Barbara. I say "adventures," but that should be broadly construed. Benny may have been doing space archaeology and Sara space policing, but Harry, Ian, and Barbara's "adventures" before the Doctor were much more mundane, doing medicine and marking. But the story doesn't position this pre-Doctor life as empty.

Ian and Barbara especially feel like real people who happened to meet the Doctor rather than people who only became real by meeting him.

Though many of my favorite companions come from the first list, I have a soft spot for solidly executed examples of the second type. They can add a level of deepness and complexity to their stories, in that they have more of an existence than to reflect and refract the ideas and desires of the Doctor.

Liv fits into this pattern quite well, partially thanks to the way she's introduced. When we first meet Liv in Robophobia, she's already an experienced medical technician on a long-haul space freighter. I don't think Liv's age is ever given, but Nicola Walker was about forty when the story was recorded. Liv doesn't join the Doctor in that story, and by the time we next hear from her in Dark Eyes: The Traitor, she's been trapped on a planet under Dalek occupation and ended up in the awkward position of being supported by the Daleks while doing medical relief work. She still doesn't join the Doctor at that point, but (as we learn in Dark Eyes: Time's Horizon), she evacuates from the planet in a cargo ship and her metabolism is fatally damaged by radiation. As a result, she enlists on a long-range deep-sleep exploration mission to the edge of the universe. And then she meets the Doctor again and finally begins traveling with him. 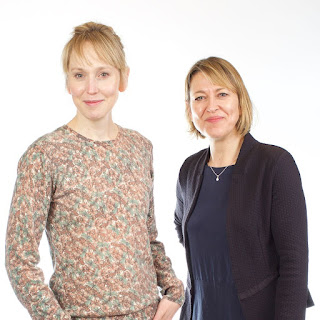 Of course, backstory isn't character, but all of this does inform Liv's characterization, most notably in Doom Coalition: Ship in a Bottle, where we see that Liv has been through so much shit and still come out okay that there's no way she'll ever give up hope ever again. The Doctor and Helen both lose hope in that adventure, but having lost hope once before and run away from the entire universe and still ended up okay, Liv's faith is now unshakeable.

Aside from all that backstory, though, Liv still feels real. She's a person trying to do her best in an uncaring universe that muddles through by using sarcasm to limit her engagement with earnest emotion. But deep beneath it all she really does care. That could be cliché, of course, but Nicola Walker elevates every bit of material she is given, with the amazing subtlety of her voice. You just don't feel Liv's desperation and sadness in (say) Doom Coalition: Absent Friends, you feel that Liv is desperately trying to stop you from feeling her desperation and sadness. Now that's acting. (On the CD extras to one of the Doom Coalition sets, I forget which, Walker says that Liv is like a duck: calm on the surface, but paddling furiously underneath.)

Liv also comes across as deeply competent in a way that few Doctor Who companions do, I think because she's often entrusted with her own life during her travels with the Doctor, even. Like I said, it's not until her third story that she really becomes a companion, but even then, she keeps getting dropped off on her own throughout the Dark Eyes saga. In the story after Time's Horizon, Eyes of the Master, the Doctor ends up leaving her on her own in the 1970s with Molly while he goes into space to pit the Daleks against the Eminence. She's there for a couple months, I think, during which she even has her own adventure without him (Short Trips: The Wood beyond the World).


When we next catch up to her in Dark Eyes: The Reviled, she's working on her own as a medic on a planet on the fringes of the Eminence War, laying the groundwork for the Doctor's ongoing efforts. She's clearly been there some time; then in the next story, Masterplan, her and the Doctor are separated, and then in Rule of the Eminence, the Master has been using her as a physician for months while he rules the Earth. So her early travel with the Doctor are in fact characterized by a lack of travelling, by the fact that she stays in the same place for long periods of time, and she gets things done. She keeps her head down and does her job. By the end of Dark Eyes, she's scarcely done the proper companion thing at all. (No wonder that Doom Coalition  established that she travelled with the Doctor for years between the two sagas, to give Liv time to actually become a "proper" companion.)

And that's the key to making a Doctor Who companion feel real. One of the keys, anyway, for companions of the second type. So many companions have reasons to travel with the Doctor, but Liv Chenka has a reason and purpose to not travel. She has a reality she comes from, and carries with her in all her stories.
Posted by Steve at 8:30 AM