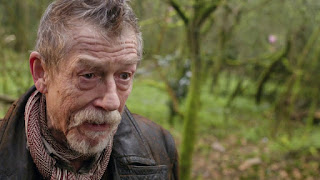 Of course, Doctor Who fans being what they are, they immediately started wondering about recasting. John Hurt played an incarnation of the Time Lord otherwise known as the Doctor who fought in the Time War in the Doctor Who 50th anniversary special, "The Day of the Doctor" (2013) and in 2015, he surprisingly reprised the role for a series of audio dramas for Big Finish Productions, racking up an additional twelve episodes across four box sets.

Recasting the Doctor has never made a whole lot of sense to me. Or rather, the Doctor is already recast all the time. In 1966, a desperate production team invented television's most amazing method of recasting. They didn't replace William Hartnell with a guy doing a William Hartnell impression, they replaced him with a guy who was almost playing a totally different character... except he wasn't. And thus the mechanism that would allow Doctor Who to last 53 years (and counting) was born. 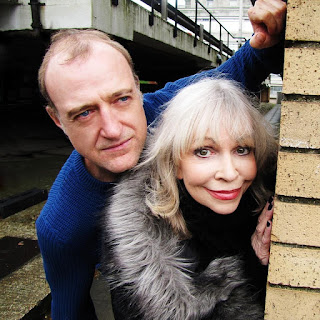 So at this point, the actors who played the first three television Doctors are dead. Some fans have been after recasts for a long time at this point. Probably since 1999, when Big Finish began producing original audio stories featuring the fifth, sixth, and seventh Doctors, opening up the possibility for new adventures for other "classic" Doctors. Big Finish finally bowed to the pressure in 2014, with Peter Purves and William Russell sort of playing the first Doctor, Frazer Hines sort of playing the second, and Tim Treloar playing the third.

I never wanted this.

Some people object to recasts on moral grounds. "It's disrespectful!" they cry. Others point out it happens all the time in other media franchises-- no one thinks Sean Connery has been disrespected when Daniel Craig turns up, or William Shatner by Chris Pine.

I object on the basis of two interrelated reasons: 1) Doctor Who already has a built-in method of recasting, called regeneration, and 2) I'm not convinced that incarnations of the Doctors are actually distinct characters. Now, obviously, there are some differences in characterization and background. The third Doctor is a snob, the fifth Doctor likes cricket and gets overwhelmed easily, the seventh Doctor is a master manipulator, the tenth Doctor mopes about Rose, but I'm sympathetic to Terrance Dicks's claim that the differences between Doctors are really about the actors.*

For me "the fourth Doctor" has little meaning outside of "the Doctor as played by Tom Baker."† And when you put it that way, it seems silly. Would you hire someone to play "the Doctor as played by Tom Baker"? Probably not outside of a comedy sketch. Yes, James Bond gets recast all the time, but Daniel Craig wasn't asked to play Sean Connery playing James Bond, he just plays James Bond. Why hire an actor and then just ask them to do a Jon Pertwee imitation, rather than a bona fide performance? And if you hire an actor and just ask them to play the Doctor, they're not playing "the second Doctor" or "the sixth Doctor," they're just playing their own version of the Doctor. 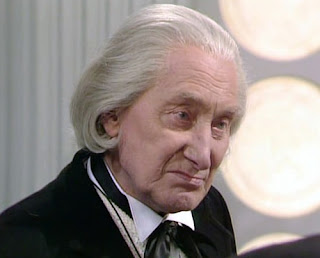 The Doctor on television has never been recast outside of the context of regeneration, with two exceptions. The first is Richard Hurndall, who played William Hartnell playing the Doctor in The Five Doctors (1983), since Hartnell was dead. Now, I enjoy The Five Doctors a lot, but Hurndall is one of its worst parts. I don't think he does a good job capturing Hartnell's performance at all, and watching him "reunite" with his granddaughter Susan is hollow. And honestly, what's the point: The Five Doctors is fundamentally nostalgic (here's Patrick Troughton! the Brigadier! a Yeti! Jon Pertwee! Sarah Jane Smith! K-9! Cybermen! stock footage of Tom Baker and Lalla Ward!)... but I have no nostalgia for Richard Hurndall. Why is this guy I don't care anything about wasting time and space in my precious 20th anniversary celebration? I'm not "offended" by it, but I do think it's a poor creative choice. The other exception is that John Guilor recorded one line as "the first Doctor" for "The Day of the Doctor," which was played over stock footage of William Hartnell. This didn't bother me because I'm not expected to take it seriously as a performance, it's just a neat little cameo.

Now, I'm willing to believe other people perceive the character of the Doctor differently than me, and if they want to listen to Frazer Hines playing Patrick Troughton playing the Doctor, they're welcome to do so, but I think this is all especially silly in the context of John Hurt as the "War Doctor." Like, a lot of accomplished actors and Colin Baker have played the Doctor over the years, but John Hurt is surely the most accomplished of them all. He was nominated for two Oscars, which is two more than anyone else who played the Doctor (I think; probably someone is going to turn up and tell me that Sylvester McCoy was nominated for an Oscar for The Hobbit), and David Lynch called him "simply the greatest actor in the world" (thanks Wikipedia). The idea that you could replace this man with a guy doing his best John Hurt imitation, and I would think, "Sure, that's what I want" just seems fundamentally absurd. Like, either you thought having a great actor in the role was meaningful or you did not.

I get it. John Hurt was great. That's why you want more of him. In fact, all the Doctors are great. But the very things that make each actor great make them inimitable. Recasting is a pointless chasing after an illusion, an invocation of false nostalgia. There is no War Doctor, except when he is played by John Hurt.

* I think Steven Moffat has said this too-- that he basically wrote the same for the ninth, tenth, and eleventh Doctors. Indeed, when he tries to write the Doctor distinctively different, it misfires. I feel like he tried to write the twelfth Doctor as distinctly different at first, what with all the "AM I A GOOD MAN?" stuff, and it weakened the character somewhat.

† I say "little meaning" because obviously the fourth Doctor is different from the eleventh Doctor in prose even though Tom Baker has never come anywhere near Festival of Death.
Posted by Steve at 8:30 AM