By tradition, I track my reading from September through August, so now that September 2019 is underway, I am doing my annual report on what reading I did last year. 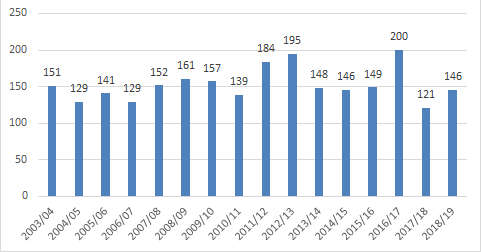 It was a slightly below average year for me (my annual average is 153), but pretty close to average, and better than I was expecting, actually, given the challenges and events of the past year. Maybe it was all the middle-of-the-night reading during sleep training?

Here's how my reading this year broke down by category: (I typically only break out a series or author if I read more than one in the past year)


1. Comic books in series that are predominantly not comics I don't count under my "Comics" category, but under the series's main designation.
2. Nonfiction connected to a particular series or author (e.g., Le Guin, Hornblower) is included in that series or author's count.

I always kind of fret about this distribution; somehow I never read as much "literature" as I intend. Last year, "General Literature" was 5.8% of my total, so that is a pretty nice increase. On the flipside of the high/lowbrow divide, I went from 20 Transformers comics last year to just 5½ this year! Thank God I finally got to the end of all those Humble Bundles. As always, my non-tie-in SF&F is buoyed by reading Hugo finalists, which was the whole idea of doing it.

Here's a graphical sense of how this year compares with previous ones: 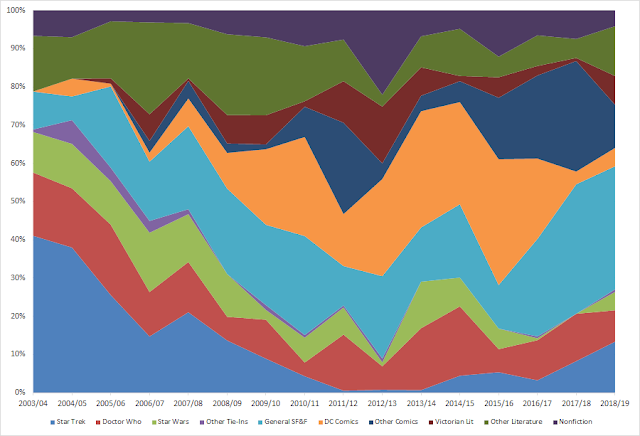