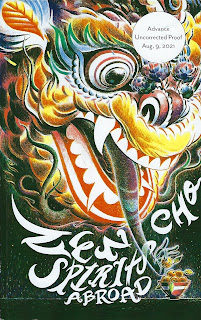 Pick of the month: Spirits Abroad by Zen Cho. This was a solid month with a number of standouts; in another month, A Wizard's Guide to Defensive Baking, for example, would have won quite handily. But I think this book will stick with me the longest, a collection of fantasy stories with Malaysian influences.

I was worried at first-- Walkaway took some time-- but I quickly racked up an impressive month due to a combination of factors: vacation, Hugo novellas, lots of Doctor Who comics. This is my best month since January 2019! We'll see how much momentum I maintain now that the school year is imminent, though. 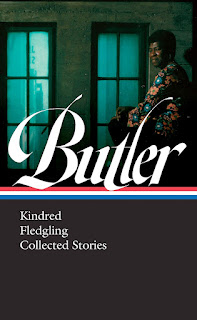 All books acquired:
1. Kindred / Fledgling / Collected Stories by Octavia E. Butler
2. We Are Satellites by Sarah Pinsker
3. Warbreaker by Brandon Sanderson
4. Doctor Who: EarthWorld by Jacqueline Rayner
5. The Marvelous Land of Oz: Being an account of the further adventures of the Scarecrow and Tin Woodman and also the strange experiences of the Highly Magnified Woggle-Bug, Jack Pumpkinhead, the Animated Saw-Horse, and the Gump; the story being A Sequel to The Wizard of Oz by L. Frank Baum, pictured by John R. Neill
6. The Terminal Experiment by Robert J. Sawyer
7. A Wizard's Guide to Defensive Baking by T. Kingfisher
8. The Kairos Novels: The Wrinkle in Time Quartet: A Wrinkle in Time / A Wind in the Door / A Swiftly Tilting Planet / Many Waters by Madeleine L'Engle
9. The Kairos Novels: The Polly O'Keefe Quartet: The Arm of the Starfish / Dragons in the Waters / A House Like a Lotus / An Acceptable Time by Madeleine L'Engle

#1-3 and 8-9 were birthday presents. (I am racking up quite the collection of Library of America editions of sf novels.)