"To unfold all the precious things love has in store": On Her Majesty's Secret Service 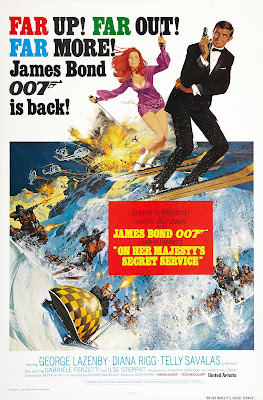 This was the first George Lazenby film of my Bondathon. Of course, it's also my last because it's the only one he ever did. I've never seen this one; we must have never grabbed it off the VHS shelf at the library when I was a kid (or maybe it wasn't even on it to behind with).

George Lazenby turns out to be pretty good. He's not playing Connery's character, but why should he be? He's a little more suave, and comes across as hotheaded in, say, the scene where he tries to resign, rather than brutal like Daniel Craig or early Connery. Sometimes the quips land, sometimes they don't, but never do they come across as smugly as Roger Moore's bon mots. He's good at the obligatory Bond flirting (the bit where he seduces two different women sequentially using the same lines is hilarious). Where Lazenby does really well is the romance with Diana Rigg's Tracy di Vicenzo. The two have a real attraction, and a real relationship; you can see why Bond would really fall in love with her. The scene where they take refuge together in a barn during a blizzard is genuinely sweet-- and utterly impossible to imagine Connery's Bond pulling off. Yet Lazenby does it and remains recognizably Bond. 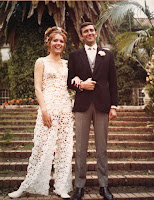 Of course if you're doing this all in book order, you know Tracy is doomed; we saw her gravestone in For Your Eyes Only. It still works even if you know this, I think, and possibly even works better. Of course Bond can't be happy; we learned that back in Casino Royale. The wedding scene itself is great, with Moneypenny crying up a storm, Q adopting a fatherly sort of attitude, and Tracy's father trying to convince her to be an obedient wife. It's spirited-- but you know it has to end badly, and indeed it does, in a scene that's heartbreaking for how broken Lazenby shows Bond to be. It's a real shame that he quit, and that the next film chronologically (Diamonds Are Forever) ignores these events completely, because the idea of a broken Bond played by Lazenby hunting down Blofeld is fantastic.

Outside of the romance, it's a solid Bond film, too. As often happens, the film improves somewhat on Fleming's weird plotting. In the book, Bond has been search for Blofeld for sometime without success; he asks Tracy's father for help, who reveals Blofeld is in Switzerland, but the Secret Service are unable to follow up on that lead. Then, coincidentally, the College of Arms tells the Secret Service they've heard from Blofeld in Switzerland. Here, Tracy's father gives Bond the name of Blofeld's lawyer, Bond sneaks in to access his legal correspondence in a nice sequence, and in there, Bond discovers that Blofeld is corresponding with the College of Arms under a pseudonym. The film also gives more of a reason why Bond needs the Corsican mafia's help to take down Blofeld at the end, and increases the stakes of Blofeld's plot (which in the novel is just against Britain's food supply, not the world's). 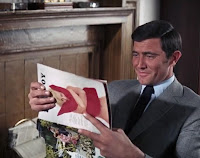 The action sequences are good-- there are a number of genuinely tense standouts, like Bond's escape from the mountaintop chalet via a cable. I do wish there hadn't been such over-the-top punching sound effects dubbed on throughout, which make some fights that could be grim much less so. The film, like the best Bond, manages to meld in goofiness appropriately; we go from this very tense part where Bond has to hide from Blofeld's people, to him and Tracy accidentally smashing into a Christmas-day stock car race. The opening on the beach, where Bond stops Tracy from committing suicide, is beautifully shot, too. Like the best Bonds, it manages to be expansive in scope without being ridiculous.