I Am Steve Mollmann, age 13

To write my recent post on my high school glory days in the Science Fiction Club, I pulled out an external hard drive in the (I thought) vain hope that it contained some stuff from those days. To my surprise it did; in fact, it contains files going all the way back to 1997. I didn't have my own computer until late high school, I think, so these must have been copied from the family computer, and thence from computer of mine to computer of mine until it all ended up on this external hard drive, in about 2006.

I use this external now mostly to story excess Big Finish audio dramas, and so I haven't really looked at parts of its file structure like E:>Backups>My Doc in a long time, but from it you can get a continuous record of my obsessions and interests from junior high up to early grad school. It is kind of fascinating to excavate your earlier self. The oldest thing on the drive is a spreadsheet of what Oz books I had read; I would have been eleven at the time it was last modified. It's amusing to see that it lists the author of one of them as "?"; apparently I came across a reference to Yankee in Oz, but not who wrote it. In 2019, of course, this information is trivially easy to determine. Much less so only a year after the debut of AltaVista.

One of the earliest files is this poem from 1998. I would have been 13, in the eighth grade, following this format: 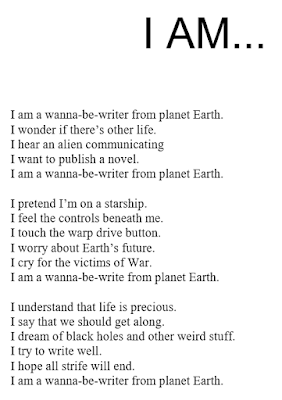 Thirteen-year-old Steve was clearly not too dissimilar from thirty-three-year-old Steve. Still interested in space and imagining himself there. I guess I've moved from "wanna-be-writer" to actual writer, and I did publish that novel. I didn't know my junior high self was such a peace activist, however.

I'm not convinced he was to be honest; dated two weeks after this is an exhaustive list of every piece of military equipment in Command & Conquer: Red Alert. Young Steve loved his pointless lists every bit as much as old Steve.

Also I've found an essay where Young Steve explains that freedom is a worthy goal that must always be pursued, from Egypt and the Kush to the British and the Americans, but sometimes it fails-- such as when the South attempted to pursue freedom from the North! I think I originally wrote this on the spot for Power of the Pen and then revised it for a school essay contest, which I won. he "War for Southern Independence" myth was in the American educational system in the 1990s.

I also found this masterpiece by my brother: 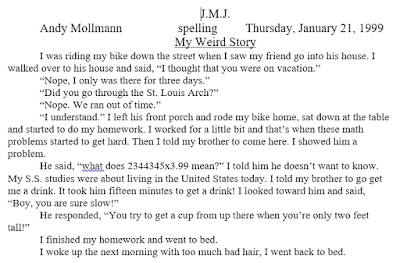