2382
Paths of Disharmony is the last of the original run of Typhon Pact novels, both in terms of internal chronology and in publication order. Despite being marketed as a Destiny-like "event," this miniseries hasn't had an overarching story, so it can't exactly bring things to a climax... it does, however, end the sequence on a down note by providing the Typhon Pact with an unequivocal victory, as Andor votes to secede from the Federation.

I remember a lot of hand-wringing when this book came out about whether it was improbably for a Federation founder to turn around like this; after Brexit (and with attempts at "Unexit"), however, it seems all too plausible. Andor has been through much worse than the United Kingdom, after all. What seems less plausible are the glimpses of the movement we get: faceless terrorists who sabotage science conferences and Federation starships. I get that a Star Trek novel has got to be exciting and dramatic, and so shuttlecraft plastered with "We send the UFP 350 million credits a week; let's fund our Imperial Health Service instead. Vote Leave" are unlikely to form the crux of Paths of Disharmony, but it was a little disappointing that we never saw any non-extremist voices in favor of "Andorexit," and I feel like part of the reaction to this book boils down to that it's hard to understand how a reasonable Andor could vote for this when we in fact never see a reasonable Andorian in favor of it. (Imagine if we saw Shar vote for Andorexit, for example!)

Despite the banner title, though, the Typhon Pact plays almost no role in the novel. A Tholian starship shows up very briefly (on page 311 out of 455) to deliver some information damning the Federation at a key point (information that's accepted sort of implausibly easily), but that's it. I complained that we didn't learn as much about Breen culture as I'd hoped from Zero Sum Game, but compared to this, Zero Sum Game was a cornucopia of Breen historiography and sociology. Paths of Disharmony works just fine as a Destiny follow-up on its own terms, but it has more in common with A Singular Destiny and Losing the Peace than it does the other Typhon Pact novels.

The book is sort of weirdly paced. I get that in novels you don't need to have the Enterprise arriving at the planet of its mission in the opening scene, unlike in episodes, but here it doesn't arrive at Andor until page 147 out of 455, and even once it's there, not a whole lot happens: Andorian terrorists do something, crew reacts, and repeat a few times until the climax. It would be nice to see the Enterprise crew being proactive, investigating the terrorists and/or discovering their plans, instead of just biding time until the terrorists opt to reveal all themselves. The focus of those first 146 pages is on the characters, but like with other Destiny-era Star Trek novels, it would be better if the character was more integrated with action. As it is, we get a lot of personal-life stuff (Geordi and T'Ryssa's love lives are both focused on, for example), then all that is paused for the action, then the last couple chapters tell us how the personal-life stuff wound down.

Like two of the other three Typhon Pact novels, this one takes a Deep Space Nine character and puts them front and center (I guess because there are currently no such thing as DS9 novels): after Rough Beasts of Empire's focus on Sisko and Zero Sum Game's on Bashir, Paths of Disharmony gives a guest-star turn to Thirishar ch'Thane, former science officer of Deep Space 9. To be honest, I'm not sure why he's in the book. I mean, to a degree he has to be: Shar was our way into the Andorian reproductive crisis in the DS9 novels, and so he continues in that role here. But he kind of doesn't matter outside of that, and despite the extra tragedies that have been dumped on him since we last saw him (his whole bondgroup died!), he seems pretty chill. The beginning of the novel has a scene where he wonders why he's been afraid to contact Prynn Tenmei... this never comes up again. He's just kind of there, which is a shame, because he was probably my favorite of the Deep Space Nine relaunch's original characters, but he's just this guy in this novel.

Still, it reads quick, and Ward is pretty good with character voices. But like a lot of components in comic book crossovers (which really seem to be the model for the storytelling style of the Destiny era), Paths of Disharmony mostly seems noteworthy for what happens, not how. 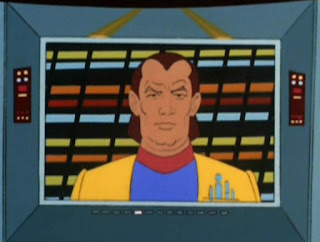 Typhon Pact Overall:
I have two touchstones for considering Typhon Pact as a series. The first was the e-mail I got from Marco Palmieri inviting me to participate. It was originally supposed to be six novels, one for each member of the Pact, and also to incorporate the Starfleet Corps of Engineers and the IKS Gorkon. Though losing the da Vinci and the Gorkon is sad from a I-like-those-series perspective, the way that the Tzenkethi and the Kinshaya are basically nonentities in this series is even more disappointing. (Though there were another four more Typhon Pact novels, so it's possible we'll get more to come on these guys.)

The original series premise also promises in-depth exploration and worldbuilding in little-traveled civilizations, and I don't think the series lived up to that with the civilizations it did cover. Zero Sum Game is probably the best at this, showing us a potentially very interesting Breen society even if it doesn't do enough with it. And Rough Beasts of Empire has a good grasp on the Romulans; David George doesn't do anything new with them, but he captures their virtues and their flaws very well, I think. But Seize the Fire rendered the Gorn mostly as caricatures, and Paths of Disharmony tells us literally nothing about the Tholians.

My other touchstone is a presentation I saw series editor Margaret Clark give at Shore Leave (in, I guess, 2009?). Basically, as I remember her telling it, Marketing and/or booksellers came to her and said, "Destiny sold amazingly; do you have anything else like that?" and she replied with, "Yes, but instead of three books, I'll give you four." But Typhon Pact is a very different kind of crossover to Destiny, and even leaving aside that it's four stories with four authors instead of one big story with one author, there's just not a lot to look back at and say "wow" about. And I say this as someone who wasn't much into Destiny to begin with!
Posted by Steve at 8:30 AM