Star Trek: The Next Generation: Cold Equations, Book II: Silent Weapons
by David Mack
March 2384
There's something to be said for defying expectations. Fiction can't always go the way you predict, otherwise you might as well not bother to read the actual stories. After The Persistence of Memory, I predicted the next book would dive into Data's new quest indicated at the end of book I, to resurrect Lal, and that some of the backstory from Immortal Coil would come into play.

Instead, we get a political thriller that feels only very tenuously linked to the first book. Sure, the villains are using Soong-type android, but it verges on maguffin; this book doesn't really explore any ideas of artificial life. Sure, Data is back... but he spends half the book locked up in jail, and we get, I think, just two scenes written from his perspective. Why bring him back and then do almost nothing with him?

If you're going to defy expectations, the defiance has to be worth it. It has to in some way be better than what your reader expected. Unfortunately, Silent Weapons is pretty boring. Yes, technically, the political future of the Typhon Pact and the Khitomer Accords is at stake... but that was true two books ago, and three books ago, and four books ago. The Enterprise crew spends a lot of time investigating, but the questions are so murky, it's hard to care about the answers. It just feels like they go around in circles getting nowhere for a long time before things even vaguely begin to clear. Add to that that Mack's Breen characters feel like they run straight into Russell Davies's planet Zog problem, where you have a bunch of people with weird names and no personalities. (The contrast to how Brinkmanship gave personalities to a bunch of Tzenkethi with equally weird names is sharp.)

The big event, such as it is, is the death of Esperanza Piñiero, President Bacco's chief of staff introduced back in A Time for War, A Time for Peace. I always liked her, especially when written by Keith DeCandido, and was bummed to see her turned into cannon fodder to prove the situation was serious. So far this trilogy is two for two on bumping off significant women characters. Who will buy it in book III?

I guess it's just weird, because in the Acknowledgments, Mack thanks Jeffrey Lang for writing Immortal Coil because "[m]any of this trilogy's coolest ideas either originated in that book, or else would not have been possible without it to build upon," but there aren't really any cool ideas here, Mack's or Lang's. Maybe this book is setting up some interesting stuff to come in The Body Electric, but as it is, it feels like a pointless political sidestep away from the core idea of the trilogy. 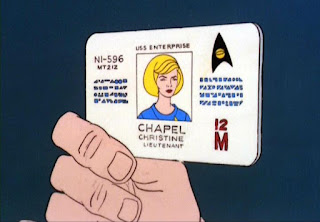